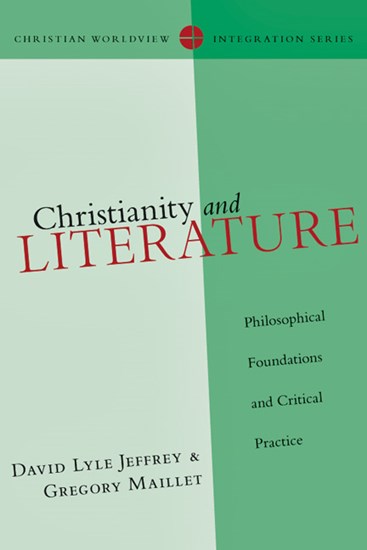 "What has Jesus Christ to do with English literature?" ask David Lyle Jeffrey and Gregory Maillet in this insightful survey.

First and foremost, they reply, many of the world's best authors of literature in English were formed--for better or worse--by the Christian tradition. Then too, many of the most recognized aesthetic literary forms derive from biblical exemplars. And finally, many great works of literature demand of readers evaluative judgments of the good, the true and the beautiful that can only rightly be understood within a Christian worldview.

In this book Jeffrey and Maillet offer a feast of theoretical and practical discernment. After an examination of literature and truth, theological aesthetics, and the literary character of the Bible, they turn to a brief survey of literature from medieval times to the present, highlighting distinctively Christian themes and judgments. In a concluding chapter they suggest a path for budding literary critics through the current state of literary studies.

Here is a must-read for all who are interested in a Christian perspective on literary studies.

"This is a very useful book for anyone interested in the field of religion and literature, and it is especially illuminating for Christian scholars, be they fledgling or seasoned. With its graceful organization, thoughtful judgments and capacious scope, Christianity and Literature will provide a welcome resource for university English classes. Students and their teachers will come away from this book with a keener understanding of the way the Christian tradition--grounded in metaphysical and critical realism--animates enduring literature. In the book's consistent exploration of the ways literature integrates the true, good and beautiful, readers will also emerge with renewed confidence in their vocations as literary scholars."

"In language almost as unapologetic as that of the Bible itself, David Lyle Jeffrey and Gregory Maillet set forth the value of Christianity for the study of literature and vice versa. At every turn in this bold, wonderfully learned manifesto I gained some new insight or experienced the illumination of something I knew already if somewhat dimly. But don't read this book for knowledge alone. Throughout, it breathes a prophetic passion--bracing, salutary and sometimes uncomfortable--that transcends mere academic discussion and leaves the reader interrogated as well as taught."

Dennis Danielson, Professor of English, University of British Columbia, Vancouver, and editor of The Cambridge Companion to Milton

"This is a superb book. Jeffrey and Maillet are skilled guides, equally well-versed in Scripture, Christian theology and literary history, and to travel in their company is to be delighted and instructed. None of the questions raised in this book deserve simple answers, least of all the initial one: 'What does Jesus Christ have to do with English literature?' And no simple answers will be found here, but rather a deep exploration, by turns sober and festive, of the possibilities that arise when Christian thought bears on great writing."

"Truth is at the very heart of fiction. It is the invisible yet palpable force that infuses the fictional narrative with the lifeblood of meaning. As such, Christianity and literature are inseparable. This fine volume guides the Christian lover of literature through the panoramic panoply of the literary landscape. It's a monumental achievement that serves as a testament to the beauty of truth, and the truth of beauty."

Christianity and Literature provides a brilliant assessment of Christian theological aesthetics, at once based on a biblical foundation and an understanding of the world of the ancient literature and philosophy that has influenced both the ways Christians have and should read literary works and the literary forms they have taken. Historically informed, critically astute, eminently valuable as is, but delightfully pregnant with hints that today's Christian scholars can and should heed to develop an aesthetic they can own. More than fifty years ago when I began serious literary study, I combed libraries for such a book. None was even on the horizon. What a leg up for today's students and budding scholars!"

"As a whole, their volume is a solid resource for the student needing a narrative to understand Christianity's contribution to literary history or for the English professor trying to overcome her secular training to more seamlessly approach the role of faith in the classroom. Those seeking wisdom, both from the literary past and the critical present, would greatly benefit from the perspective of this book."

"Authors Jeffrey and Maillet have given both the academic community and Christian believers much to ponder in Christianity and Literature."

"David Lyle Jeffrey and Gregory Maillet's Christianity and Literature: Philosophical Foundations and Critical Practice is a noteworthy addition to the field because it helps readers interpret the stories they read in light of God's story."

"Christianity and Literature is no less than a call to arms, a call to all young and budding scholars to be the next generation of hope for a decadent and vastly fading field which has lost its way in the quagmire of departmental politics, cultural irrelevance and social agendas. . . . Being myself a professor of literature, I couldn't resist penciling in amen near the margin." 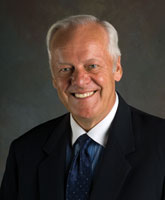 David Lyle Jeffrey (PhD, Princeton) is Distinguished Professor of Literature and the Humanities in the Honors Program at Baylor University. General editor and coauthor of A Dictionary of Biblical Tradition in English Literature, he has also written numerous articles and books, including the highly acclaimed People of the Book and Houses of the Interpreter. 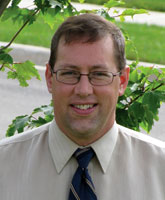 Gregory Maillet (PhD, University of Ottawa) is professor of English at Crandall University in Moncton, Canada. A traditional generalist, he has taught and published on a variety of authors, including Dante, Shakespeare, Coleridge, Longfellow, T. S. Eliot, and Tolkien, as well as in fields ranging from Canadian literature to children's literature to theological aesthetics.