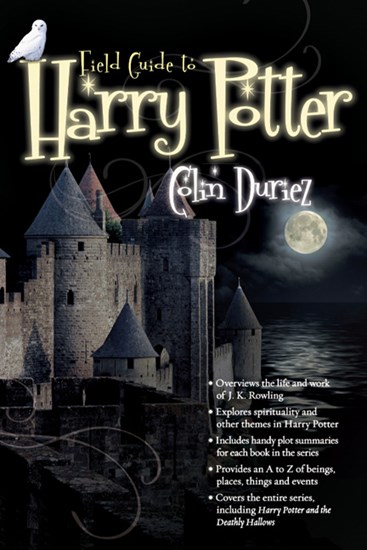 Everything you need to know about Harry Potter!

From plot summaries to refresh your memory (Do you remember which book introduces the character of Luna Lovegood?) to a delightful glossary of characters, places, spells and special objects (Do you know what the spell aparecium does?), this book, authored by Colin Duriez, is designed to be an excellent companion to the Harry Potter books.

With loads of quotes from interviews, you'll learn all about J. K. Rowling's life and her literary influences. Chapters on the spirituality of Potter explore the question of how Rowling's faith is reflected in the stories, what she believes about witchcraft and how the stories fit with Christian tradition.

"Harry Potter fans mourning the end of the series now have good reason to cheer. In the Field Guide to Harry Potter, Colin Duriez combines an encyclopedic knowledge of the Potterverse with a careful analysis of its thematic ingredients and position in the literary canon. Packed with invaluable lists, overviews and timelines, this book also delivers profound insights about the moral importance of J. K. Rowling's stories and the meaningful tradition that informs them."

Amy H. Sturgis, Ph.D., author of Past Watchful Dragons: Fantasy and Faith in the World of C. S. Lewis

"The Field Guide to Harry Potter puts the monumental works of J. K. Rowling in the literary context of great Christian writers of the past-- which is where they belong. Besides all this, it was a delight to read. Those who are bereaved of reading the Harry Potter books after the seventh now have a field guide not only to Rowling's works but to the rich historic tapestry of similar literature into which it has been woven and from which many of its varied threads were gathered."

Connie Neal, author of Wizards, Wardrobes and Wookiees and The Gospel According to Harry Potter

"One thing Potter devotees can bank on, however, is that Duriez ('A Field Guide to Narnia') knows his material inside out and has amassed an encyclopedic knowledge of the great classics of children's literature and the Western intellectual cannon-which he employs judiciously to situate everything from 'the wizarding world' in the romantic tradition to the relationship between Hogwarts and the classic 'school story.'"

Part One: The World of Harry Potter

7. An A-Z of Beings, Places, Things and Events 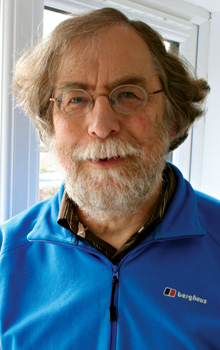 Colin Duriez has taught, written and spoken worldwide on C.S. Lewis, J. R. R. Tolkien and the Inklings for nearly thirty years. In addition to winning the Clyde S. Kilby Award in 1994 for his research, he has also appeared as a commentator on the extended-version film DVDs of the Lord of the Rings trilogy (Peter Jackson, director), PBS's The Question of God, which compared C. S. Lewis and Sigmund Freud, and the Sony DVD Ringers about Tolkien fandom and the impact of Tolkien on popular culture. Duriez studied at the University of Istanbul, the University of Ulster (where he was a founding member of the Irish Christian Study Centre), and under Francis Schaeffer at L'Abri in Huemoz, Switzerland. His best-known books include The C. S. Lewis Encyclopedia, The Inklings Handbook (with the late David Porter), J. R. R. Tolkien and C. S. Lewis: The Gift of Friendship, Tolkien and The Lord of the Rings, and A Field Guide to Narnia. Duriez also compiled The Poetic Bible, an anthology of English verse from over one thousand years based on the biblical text.