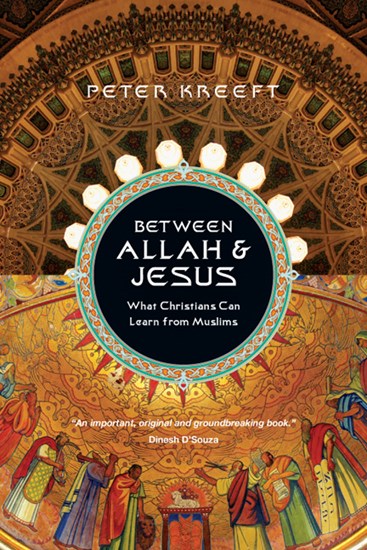 What Christians Can Learn from Muslims

What would happen if Christians and a Muslim at a university talked and disagreed, but really tried to understand each other? What would they learn?

That is the intriguing question Peter Kreeft seeks to answer in these imaginative conversations at Boston College. An articulate and engaging Muslim student named 'Isa challenges the Christian students and professors he meets on issues ranging from prayer and worship to evolution and abortion, from war and politics to the nature of spiritual struggle and spiritual submission.

While Kreeft believes Christians should not learn extremism or unitarian theology from Muslims, he does believe that if we really listened we could learn much about devoted religious practice and ethics.

Here is a book to open your understanding of one of the key forces shaping our world today. It's a book that just could make you a better Christian.

"Peter Kreeft has written an important, original and groundbreaking book. At a time when there is fierce prejudice against Muslims and Islam, not surprising in the wake of 9/11, Kreeft has the knowledge to treat Islam both sympathetically and critically. With exemplary courage, Kreeft spells out what Christians in the West can learn from the Muslims. Indispensable reading!"

Dinesh D'Souza, author of What's So Great About Christianity

"This is a rare and sincere attempt to delve into the Islamic mind and heart, with respect and understanding. With its depth and pertinence to our post-9/11 world, I can say that this work surpasses many previous attempts by famous Orientalists to compare Christianity and Islam. Christians and evangelists can learn a lot from the fictional debates and dialogue that enrich this work. This personalized discourse could be used to teach missionaries authentic ways for sharing the gospel of Jesus Christ with Muslims."

"With inimitable subtlety, Peter Kreeft's literary meditation has produced a series of fictional dialogues that bring out how good Muslims and good Christians, despite the grave and irreconcilable differences marking their respective creeds, are really natural allies in the culture war against a common enemy: sin. These insights by the author, born out of a diligent love in investigating the beliefs and life practices of truly devout Muslims, map with courageous honesty minus the usual platitudes the shared moral and spiritual territory between such Muslims and equally devout Christians. Kreeft captures that primordial purity and elemental spirituality of the Muslim believer living in total surrender to God's will. Not only can Christians learn much from Muslims about the importance of submission, tradition, family, divine commandments, spiritual tenacity and rejection of the ills of modernity, Kreeft also uses precisely these strengths in Islam to level a scathing critique at the moral and spiritual laxity of the secular West. All in all, a fascinating read and a tour de force in the indirect communication through creative literature of abiding, universal verities."

"Take advantage of this unique opportunity to learn more about the morals and values of Muslims. Through the moral, intelligent and open- minded Muslim young man 'Isa, you will learn not only about Islam, but you'll come to a greater understanding and security in your own Christian faith."

Dr. Nabeel T. Jabbour, professor and author of The Crescent Through the Eyes of the Cross

"In this popularized fictional conversation among university-level participants who represent the best and worst arguments for each side, Kreeft invites us to reflect on basic theological questions concerning the nature of being God, the nature and content of divine revelation, the character of morality (public and private), and the future of the world."

"Kreeft's book is a strong encouragement to look past our theological differences, create bonds of friendship and trust, and work together for the common good. . . [A] commendable attempt to help Christians see Muslims as our neighbors rather than as the Other."

"Given the current state of the world, Between Allah Jesus fully deserves to be called a must-read for everyone, regardless of spiritual belief or political affiliation. Kreeft creates a way to look at the perceived divide between Islam and Christianity without violence."

"Between Allah Jesus, through its sympathetic proposal of a brith and peace-loving Muslim student, gives readers a hopeful sense of what could be, if the culture war within Islamd ends with jihadist defeat."

"Committed Christians, who want positive approaches to Islam, may wish to consider reading."

Introduction
1. On Comparative Religions
2. On Islam vs. the West
3. On Jesus and Muhammad
4. On the Relation between Morality and Theology
5. On Surrender
6. On Loving God and Fearing God
7. On Who Goes to Heaven
8. On Liberals and Conservatives
9. On Prayer and the Wildness of God
10. On Feminism
11. On Sexual Morality and Moral Ambiguity
12. On Islam and Politics
13. On War and Pacifism
14. On Jihad and Enemies
15. On Evolution and Sex
16. On Abortion and Compassion
Conclusion

The Qur'an in Context

Why the Rest Hates the West 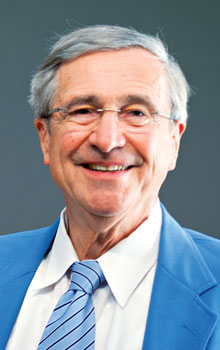 Peter Kreeft (PhD, Fordham University) is professor of philosophy at Boston College where he has taught since 1965. A popular lecturer, he has also taught at many other colleges, seminaries, and educational institutions in the eastern United States. Kreeft has written more than fifty books, including The Best Things in Life, The Journey, How to Win the Culture War, and Handbook of Christian Apologetics (with Ronald Tacelli).