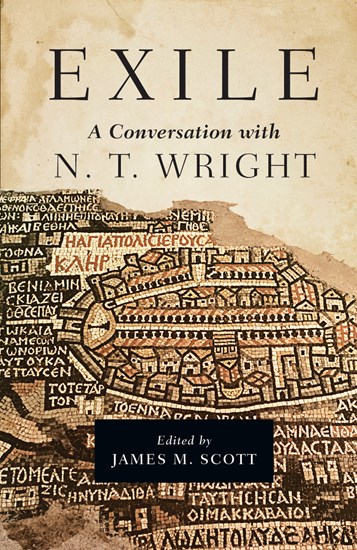 Few New Testament scholars of recent decades have set the pitch for academic discussion and debate in their field like N. T. Wright. His signature contention, that Israel's continuing exile was a pivotal issue in the emergence of Christianity, has found a central place in contemporary New Testament scholarship.

Israel had grievously sinned against Yahweh and suffered the judgment of exile from its land. But even though Israel had returned, the majority of Jews of the second temple era regarded themselves in paradoxical exile under Roman rule and still awaiting their full restoration. It was this crisis of exile that reached its climax and resolution in the person and work of Jesus Christ. This, according to N. T. Wright, is the controlling narrative that shaped the thinking of Jesus and Paul.

While many find this a compelling key to understanding the New Testament, critical responses also abound. This book engages a variety of scholars in conversation with Wright's thesis. The scene is set in an introduction by James M. Scott, who has made significant contributions to the debate. Then, in a programmatic essay, Wright clearly restates his thesis. Next come eleven essays from scholars such as Walter Brueggemann, Philip Alexander, Jörn Kiefer, Dorothy Peters, and Scot McKnight. They interact with Wright's thesis from various perspectives: Hebrew Bible, Septuagint, early Judaism, the Dead Sea Scrolls, and the New Testament. Hans Boersma and Ephraim Radner then engage Wright's thesis from theological perspectives. Finally, Wright offers a lively response to his interlocutors.

Exile: A Conversation with N. T. Wright takes our understanding of this critical issue to a new level. It is essential reading for anyone engaged with Wright's work and the Jewish setting of Jesus and Paul.

"N. T. Wright's thesis that most Second Temple Jews believed that they were in a protracted state of punitive exile, despite the fact that many Judeans had returned to the land from Babylon, is one of the most exciting and controversial proposals in biblical scholarship. In this volume, James Scott has assembled a wonderful cast of scholars to prod, evaluate, critique, and engage Wright's thesis about exile in biblical theology, Jewish literature, and as a theological idea in the New Testament. It's the best exploration to date of what it meant for the Jewish people, including the early church, to look forward to the day when 'many will come from the east and west to recline in the company of Abraham.'"

"For some New Testament scholars, the notion of exiled Israel awaiting return is a powerful explanatory paradigm for a range of biblical texts. For others, it is a vague impulse that may or may not have been 'in the air' in the first century but in any case does little interpretive work for reading the Gospels and Paul. This fresh engagement with N. T. Wright's thesis and his restatement of it and response to critics brings the discussion up to date and provides scholars and students with an excellent survey of the state of the question."

"Editor James Scott suggests that many scholars think Tom Wright's thesis of ongoing exile in Second Temple Judaism and its role in the visions of Jesus and Paul is either his 'greatest accomplishment' or his 'most serious weakness.' This collection of perceptive essays engages Wright's thesis in a dialogical manner, generally affirming but also refining, developing, and challenging aspects of it. A book not to be missed by anyone interested in this important topic."

"The idea of the end of Israel's exile is one of the most distinctive features of N. T. Wright's ambitious construction of a theology of Jesus and Paul. It has also proved controversial. Most of the essays in this volume are broadly favorable toward Wright's project but probe the idea of 'exile' from various perspectives. The arguments they advance and the responses Wright gives are full of interest. Both fans and critics of Wright's work will find themselves entering a fruitful conversation."

"Over the course of his remarkable career, N. T. Wright has somehow managed to ignite contemporary biblical scholarship's most burning questions. Of these, one of the hottest revolves around Wright's thesis of ongoing exile. Now James Scott and company do us a great service by providing some important illumination on an issue that for too long has been dominated by reactive smoke and heat."

Andrew Boakye, Journal for the Study of the New Testament, 40(5)

"This book engages a variety of scholars in conversation with Wright’s thesis, and Wright offers a lively response to his interlocutors."

Interpretation: A Journal of Bible and Theology, Vol. 72(2)
More

Main Paper
Yet the Sun Will Rise Again: Reflections on the Exile and Restoration in Second Temple Judaism, Jesus, Paul, and the Church Today (N. T. Wright)

Part I: Old Testament/Hebrew Bible/Septuagint
1. Wright on Exile: A Response (Walter Brueggemann)
2. Exile and Restoration Terminology in the Septuagint and the New Testament (Robert J. V. Hiebert)
3. Not All Gloom and Doom: Positive Interpretations of Exile and Diaspora in the Hebrew Bible and Early Judaism (Jörn Kiefer)

Part III: New Testament
7. N. T. Wright's Exile Theory as Organic to Judaism (Scot McKnight)
8. Paul, Exile, and the Economy of God (S. A. Cummins)
9. How to Write a Synthesis: Wright and the Problem of Continuity in New Testament Theology (Timo Eskola)

Jesus, Paul and the People of God

The Reality of God and Historical Method 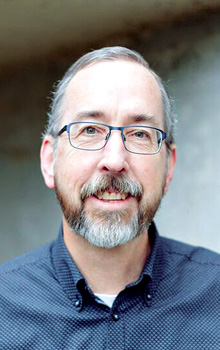 James M. Scott (DTheol, University of Tübingen) is professor of religious studies at Trinity Western University, British Columbia, Canada. He is the author of Paul and the Nations and Adoption as Sons of God, and is a recognized expert on the topic of exile and restoration in Jewish and Christian perspectives. 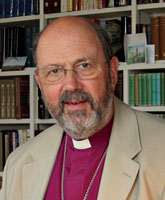 N. T. Wright is a prolific author, respected theologian, and former church minister. His books include Simply Christian, The Challenge of Jesus, and the N. T. Wright For Everyone Bible Study Guides.