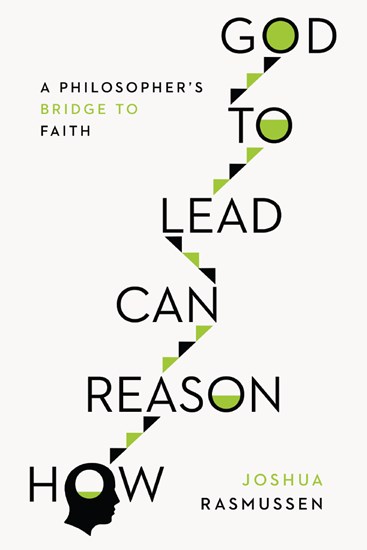 How Reason Can Lead to God

A Philosopher's Bridge to Faith

Do you seek the truth?

Do you value reason, science, and independent thinking? Are you skeptical of beliefs that people maintain merely "on faith," yet you remain interested in the big questions of life? Do you hope there could be a greater purpose to the universe, if only that were realistic?

If so, then philosopher Joshua Rasmussen can encourage you in your journey. Beginning with his own story of losing faith and the belief in any ultimate purpose in life, he then builds a bridge to a series of universal truths about ultimate reality. Using only the instruments of reason and common experience, Rasmussen constructs a pathway—step by step, brick by brick—that he argues can lead to meaning and, ultimately, a vision of God.

"Rasmussen's book is destined to be a modern classic. Rasmussen combines simplicity, clarity, and depth to an extraordinary degree, resulting in a book that makes some of the most advanced work in contemporary philosophical theology accessible to the general reader, without sacrificing any logical precision. Rasmussen's style is winsome and engaging, drawing the reader into a thrilling adventure of metaphysical investigation of the existence and nature of reality's ultimate foundation."

Robert Koons, professor of philosophy, University of Texas at Austin

"This short book contains a bold, original, and provocative argument that shows how reason can lead a person who is genuinely seeking truth to God. It is written in simple, ordinary language and makes no appeal to authority. Although Rasmussen appeals only to truths that he thinks should be universally accepted, a good deal of the force of the book stems from the personal story of Rasmussen himself; his courage and honesty draw the reader into a similar journey."

"How Reason Can Lead to God is beautifully written. It is truly exceptional in its clarity and simplicity of prose. While some concepts and arguments may be difficult to digest, the interested reader, up for a rigorous, intellectual workout, will be very richly rewarded. Engaging. Humble. Winsome. Rasmussen strikes just the right tone given the aim(s) of the book. A real gem!"

"Rasmussen provides a masterpiece argument for God. He delivers every step in a clear and engaging style. Powerful. Beautiful. Transformative."

"Rasmussen's superb and unique book provides arguments that are deep, convincing, expressed with admirable clarity, and informed by the very latest in philosophical thought."

"Professor Rasmussen is a top Christian philosopher, a deeply devoted believer, and a longtime personal friend. He identifies his primary audience as a skeptic who cares about truth, is interested in life's big questions, and believes only what can be supported by reason. And Rasmussen hits the bull's-eye. Along with Mere Christianity, How Reason Can Lead to God is the book to give to such a person. But don't let this aim fool you. This book is a must-read for believers who love philosophy or apologetics. You will learn a ton by reading this book, and by reading it your ability to think will be vastly increased. The flow of Rasmussen's argument for God is developed with such precision and care that, quite frankly, it could not be improved. I am so excited about How Reason Can Lead to God and can't wait to see its impact. So put on your thinking hat, buy it, and study it carefully."

"How Reason Can Lead to God is an extraordinary book. Rasmussen builds, piece by piece, a bridge from the basic structures of reality to God. This work is meticulously structured. Rasmussen's writing style fits perfectly with the project. He is clear, careful, and patient. He never jumps to a conclusion. He considers objections fairly and engages them thoughtfully. This is simply the best philosophical defense of theism I have read in a long while. But, it is more than a defense of theism. It is a guided tour through the foundations of metaphysics."

"A magnificent and prodigious talent as deft in analytic skill as he is adept at uncommon common sense, Joshua Rasmussen has produced a disarming, brilliant, bridge-building book that renders the recondite accessible. It takes readers on a fascinating journey, inviting them to think for themselves, try out his arguments, and come to their own conclusions. He is a remarkable philosopher in the best and old-fashioned sense: respecting his readers; asking vitally important, existentially central questions; rigorously following the evidence where it leads; animated by deep confidence in the revelatory power of reason to show the way. Any genuine seeker of wisdom and truth will find in these pages an eminent kindred spirit and faithful fellow traveler."

David Baggett, coauthor of The Morals of the Story: Good News About a Good God
More

A Place for Truth 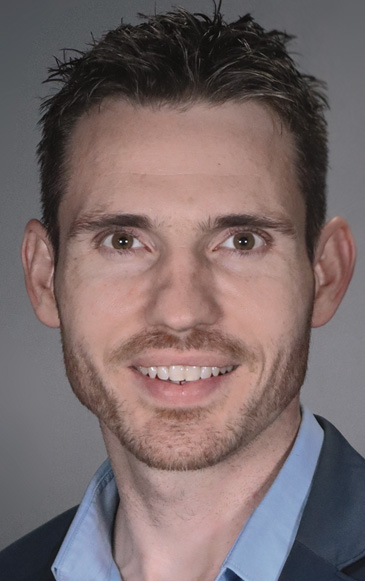 Joshua Rasmussen (PhD, Notre Dame) is associate professor of philosophy at Azusa Pacific University. He is the author of Defending the Correspondence Theory of Truth and Necessary Existence. He lives in Azusa, California, with his wife, Rachel, and their four children.