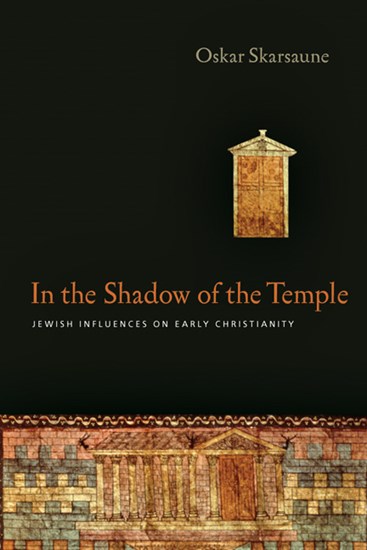 In the Shadow of the Temple

Oskar Skarsaune makes a fresh contribution to our understanding of the development of the early church in its practice (e.g., worship, baptism and Eucharist) and doctrine (e.g., Scripture, Christology, pneumatology). This book offers the new perspective that Christians were in ongoing and deep conversation with Jews during the early centuries leading up to Constantine.

The common perception of a drastic "parting of the ways" after the destruction of Jerusalem in 70 A.D. has tended to distort our understanding of the succeeding decades and centuries of Jewish and Christian history. Notwithstanding the fact that there were points of bitterness and strife, the relationship is better viewed as that of a younger and older sibling. There is much evidence of interaction between the early Christians and rabbinic Judaism, both at the level of leadership and laypeople, and this left its impression on the church. Skarsaune gives us numerous fascinating episodic and topical glimpses into this untold story.

"Professor Skarsaune has long been known as a leading scholar of early Jewish and Gentile Christian history. Here he brings his outstanding specialist learning to bear in a wonderfully accessible, comprehensive introduction to the Jewish basis of Christian faith and history throughout the first three centuries. In binding together the New Testament's Jewish roots with the life of the early Jewish and Gentile church, this is an outstanding textbook of Christian origins."

"Oskar Skarsaune is surely right on the Jewishness of early Christianity and the importance of the temple for its development. He marshals an accurate display of historical information and exercises sound judgment in weighing probabilities. The result not only establishes the Jewish influences on early Christianity but also presents a persuasive synthesis of key elements in the story of Christian origins."

"Although this book is written at a level that will be easily accessible to students, it is based on sound and fresh scholarship by a leading early church historian. [It] has the merit of surveying the history of the Christian movement from its beginnings with Jesus through the pre-Constantinian period from the specific perspective of demonstrating the close links between Christianity and its Jewish roots that persisted throughout this period. The author has not only harvested much specialized scholarship on this crucial question regarding Christian origins but also has his own personal contribution to make. This attractive presentation is a must for all students of the early church."

I. Howard Marshall, University of Aberdeen

"Oskar Skarsaune's In the Shadow of the Temple is outstanding and will not only serve well the general reader, for whom the author writes, it will also serve well the scholar and student alike. Skarsaune has produced a gem that deftly lays out the major events, institutions, beliefs and figures of Judaism of late antiquity and how they shaped early Christianity. This reader-friendly book is a must."

"[O]ffers surprising insights into how much interaction took place between early Christians and Jews. It supplements standard textbooks on early church history as it reconnects the 'disconnect' between New Testament history and early church history. It also contains 'snapshots' of thematic developments rather than continuous historical narrative and includes helpful annotated bibliographies by topic for further reading and research."

"In the Shadow is an outstanding and illuminating book. And it is not for specialists by any means but for those who simply like the Bible and reading. Every chapter sheds intense light not only on the pages of the New Testament but also on the entire faith of the early church through the second and third centuries. Skarsaune has written a work on early Christian history with special attention to the often neglected Jewish background. If you are looking for something that can add significant depth to the pages of the New Testament then I recommend this fine work."

"Skarsaune's fine book is balanced and rich with insight. It is highly recommended."

Part Four: Epilogue
21. The Church Facing a New Era
The Great Roman Crisis and Restitution
The Great Persecution
"The Constantinian Revolution"
What Has the Emperor to Do with the Church?
Renouncing the World in a "Christian" Empire
"The Sanctification of Time"
The Sanctification of Places: The Idea of the Holy Land
Christian Philo-Semitis: A Grass-Roots Movement
Postscript: No End
Suggestions for Further Reading 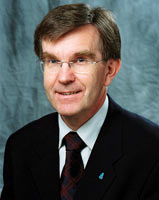 Oskar Skarsaune is professor of church history at Norwegian Lutheran School of Theology in Oslo, Norway. He is the author of Incarnation: Myth or Fact and The Proof from Prophecy: A Study in Justin Martyr's Proof-Text Tradition.