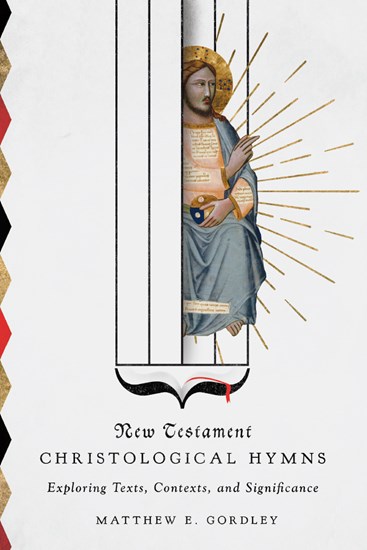 We know that the earliest Christians sang hymns. Paul encourages believers to sing "psalms, hymns, and spiritual songs." And at the dawn of the second century the Roman official Pliny names a feature of Christian worship as "singing alternately a hymn to Christ as to God." But are some of these early Christian hymns preserved for us in the New Testament? Are they right before our eyes?

New Testament scholars have long debated whether early Christian hymns appear in the New Testament. And where some see preformed hymns and liturgical elements embossed on the page, others see patches of rhetorically elevated prose from the author's hand.

Matthew Gordley now reopens this fascinating question. He begins with a new look at hymns in the Greco-Roman and Jewish world of the early church. Might the didactic hymns of those cultural currents set a new starting point for talking about hymnic texts in the New Testament? If so, how should we detect these hymns? How might they function in the New Testament? And what might they tell us about early Christian worship?

An outstanding feature of texts such as Philippians 2:6-11, Colossians 1:15-20, and John 1:1-17 is their christological character. And if these are indeed hymns, we encounter the reality that within the crucible of worship the deepest and most searching texts of the New Testament arose.

New Testament Christological Hymns reopens an important line of investigation that will serve a new generation of students of the New Testament.

"Gordley provides scholars, students, and also those concerned with Christian worship today with a richly informed, balanced, and stimulating study of earliest Christian hymnic praise. He shows how, whether or not given New Testament texts were actual hymns, they incorporate and reflect hymnic expressions and features, and so at least give us indirect evidence of earliest Christian worship. His additional emphasis on these texts as expressive of a 'spirituality of resistance' (to Roman imperial claims) is a fresh contribution. This is now the go-to book on the texts often cited as New Testament hymns."

"Drawing on an impressive breadth of scholarship, Gordley offers a mature and careful study of an important field of research, with implications for early Christology, liturgy, and much more besides. He is to be congratulated for producing such a useful, learned, and constructive work that also makes important and pointed criticisms of recent scholarship. Gordley has written a book that will need to be consulted by all engaged in these and related debates."

"According to Matthew Gordley, the devotional practices of the first Christians centered on God's salvific work in Christ while simultaneously extending, engaging in, and resisting the cultural contexts of the day. His comprehensive study of the New Testament christological hymns should be carefully studied by biblical scholars and leaders of corporate worship who desire liturgical and theological guidance from the first followers of Jesus."

"Scholars have identified several New Testament passages (e.g., Phil. 2:6-11, Col. 1:15-20; John 1:1-18) as Christological hymns or hymn-like compositions that very likely originated in the setting of early Christian worship. These are some of the most theologically dense Christological passages in Scripture. Matthew Gordley, an expert on the subject (he has published two important and well-received monographs on ancient didactic hymnody), has now crowned his previous work on the subject with an indispensable and up-to-date discussion of a dozen of the most important of these hymnic texts, providing a carefully nuanced and judicious reading of these hymnic passages in the context of their overlapping Jewish, Greco-Roman, and early Christian settings."

"Although the question of whether or not certain passages in the New Testament give us access to actual hymns used in the early church's worship remains hotly contested, I find it to be of great value to give careful attention to those places where we hear the authors of the New Testament 'sing,' even if the words are of their own composition. When it comes to the study of worship, ancient or modern, the hymn deserves as close a study as the sermon or the creed, and it is most often the hymn that survives the longest in the worshiper's consciousness and exercises the greatest impact upon his or her formation. Here is a thoroughly researched study of the hymnic passages in the New Testament that can teach us about this important dimension of early Christian religious experience—an important commentary on those passages of Scripture. I believe it is also an important window into Christian worship in its most formative generations. Every chapter is relevant to the church's ongoing quest to find authentic expressions of worship in the twenty-first century, forcing us to ask whether our own hymnody or praise song repertoire reflects the broad Scriptural understanding of the significance of the Son's incarnation, death, resurrection, and ascension that is necessary to guide our own lives as disciples redeemed from the powers of this age to serve a very different kingdom."

"In this volume, Gordley opens up the rich world of ancient hymnody. After taking the reader on a learned and fascinating tour of early Jewish and Greco-Roman hymns, Gordley turns to the New Testament. His investigation goes well beyond formal analysis to a deep appreciation of the purpose and effect of the earliest Christian hymns. I was particularly drawn in by Gordley's analysis of how the hymns' artistry shaped worshipers' imaginations, often by functioning as resistance literature that countered imperial ideology and other competing worldviews. Combining rigorous, wide-ranging scholarship with insightful conclusions about contemporary practice, this book is invaluable both for readers who care about ancient worship and for anyone thinking about Christian worship today."

Kindalee De Long, professor of religion at Pepperdine University, author of Surprised by God: Praise Responses in the Narrative of Luke-Acts

"Gordley's thorough and creative analysis of the historical contexts and textual content of the hymns gives readers a window into their significance as culture-forming, empire-resisting praise songs."

"Gordley's . . . work exhibits both far greater depth of exegesis than I first expected and a well-informed consideration of the history of scholarship on Christological hymns."

"Like a good hymn, Gordley's work creates exegetical harmony that is pleasing and helpful to interpreters."

Contextualization in the New Testament

Preaching in the New Testament

Language for God in Patristic Tradition

Christianity at the Crossroads 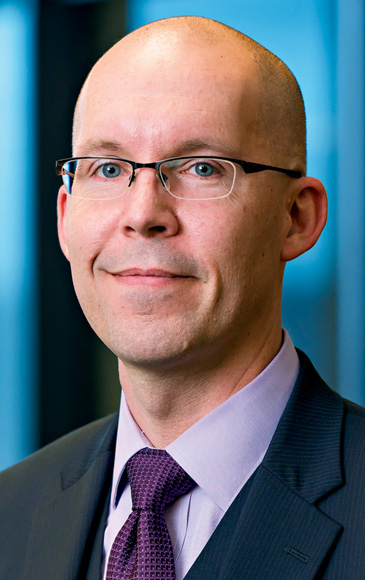 Matthew E. Gordley (PhD, University of Notre Dame) is dean of the College of Arts and Sciences at Carlow University and previously taught at Regent University. He is the author of The Colossian Hymn in Context and Teaching through Song in Antiquity.