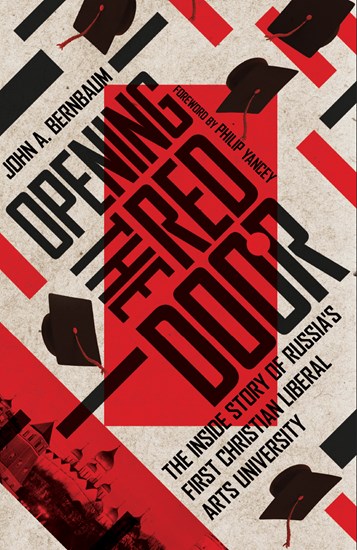 The Inside Story of Russia's First Christian Liberal Arts University

by John A. Bernbaum
Foreword by Philip Yancey

After the Berlin Wall fell, a group of Christian colleges in the U.S. seized the opportunity to begin strategic faculty and student exchanges with universities inside the Soviet Union. They could not have foreseen the doors that would open next. During a 1990 visit to Russia, John Bernbaum and his colleagues received a surprising invitation from a Russian government official: come help build a faith-based university in Moscow. Thus, after seventy years of fierce religious persecution under communism, the Russian-American Christian University (RACU) was born.

In Opening the Red Door, Bernbaum presents an insider's account of the rise and fall of a Russian-American partnership. As a founder and later president of RACU, Bernbaum offers a ground-level perspective on Russia’s post-communist transition and the construction of a cultural-educational bridge between the two superpowers. He describes how American RACU staff worked to understand Russian history and culture—including the nation's rich spiritual heritage—so they could support their new Russian friends in rebuilding an educational system and a society. He documents the story of the first private Christian liberal arts university to be accredited in Russia's history, from its first steps, through its major successes, to its facing increasing opposition during the Putin era.

Opening the Red Door offers unique insight not only into Russian culture and post–Cold War history but also traces the dynamics within international educational institutions and partnerships. When he first traveled to Russia, Bernbaum writes, he thought of it as a nation of mystery. But after more than twenty-five years of work there, he believes Russia can be understood. His journey of understanding will prove instructive to educators, administrators, students, missionaries, and anyone interested in international relations.

"The history of establishing a university could be dry and boring. However, in light of the upheavals taking place in Russia during that time, a word such as boring does not apply to this book. Opening the Red Door reads more like a spy thriller."

From the foreword by Philip Yancey

"Although the Russian-American Christian University has now closed, its history as told by its president John Bernbaum is both important and fascinating—and a riveting read. The university's twenty-five-year existence is a story of Russia's fraught transition out of communism and of extraordinary feats of international cooperation, a nearly unbelievable record of perseverance through official roadblocks and of unanticipated achievement by Russian students, and a moving account of deep person-to-person friendships. It is hard to imagine a more illuminating narrative of recent Russian history and Christian-inspired cooperation."

Mark Noll, author of A History of Christianity in the United States and Canada

"It seemed unimaginable, during seventy years of officially atheistic communism, that a Russian-American Christian University (RACU) would ever exist in Russia. With the vision and courage of its founder/president, John Bernbaum, and the RACU faculty, board, and other supporters, in 1995 a Christian liberal arts university became a reality. RACU was cherished by its Russian students and increasingly challenged by the Russian government. Now its legacy lives on in the lives of hundreds of RACU graduates, who were prepared for their future work and Christian service. Opening the Red Door is not only a captivating story but also a well-documented historical narrative and inspiring tribute to the ways of God in the world."

"Opening the Red Door is a splendid, well-written book, filled with tragic insights into the failure of post-communist Russia to escape the dark shadows of its past. (The last chapter is particularly outstanding.) John Bernbaum is revealed not only as a first-rate historian but as an inspirational figure of immense faith—whose steadfast attempts over a quarter of a century to establish a private Christian university in Russia take shape against the backdrop of historical and contemporary forces destined to sweep it aside. In the end, the book is a testimony to the power of doing the right thing and leaving the results to God, trusting in the seeds of good that are planted through graduates whose influence is yet to be measured."

"Christian higher education is expanding around the world, often in the face of political and religious opposition. Opening the Red Door is a fascinating story of one determined attempt to establish an academically rigorous, spiritually vibrant Christian university in postcommunist Russia. Though it was established during a thaw in United States and Russian relations in the 1990s, the Russian-American Christian University ultimately could not survive the deterioration of that relationship following the terrorist attacks of September 11, 2001. But it was not for naught. Seeds were planted. John Bernbaum's firsthand account of the rise, decline, and enduring legacy of the Russian-American Christian University serves as a vivid window into the momentous years between the end of the Cold War and the formation of new global alignments following 9/11. It is also a testament to the incredible dedication of Christians who believe that the growth of the global church needs to be supported and guided by Christian academic institutions. As such, it will inspire as well as instruct readers interested in international politics and the complex relationship between Christian universities and their social context."

"What a book for such a time as this! John Bernbaum, a friend and longtime Christian educator, has given us something special in this volume. Academically trained in international relations and experienced in diplomacy, he shows himself to be a gifted writer with keen insight into recent Soviet and Russian history as well as one who understands the hard work of Christian education. Moreover, John writes about the country and its people from the inside. He shares with us his experience of both high hopes and heartbreaking dismay for Russia and his beloved colleagues and friends there. The dark door may have closed, but it will not extinguish the light from Christ's transcendent lordship."

"This is the story of a remarkable man with a remarkable dream. In establishing Russia's first Christian-based liberal arts university, John Bernbaum came to know key players in the Russian government and the Russian Orthodox Church. His gripping account provides a unique perspective on the new Russia—and on the challenges to Christian witness as Russia seeks its way into the future."

John P. Burgess, author of Holy Rus': The Rebirth of Orthodoxy in the New Russia

"How do Christians enable sustained expressions of faith for their cultures? This special narrative of the Russian engagement with American Christian higher education describes the struggle for such a space over the twenty-some years that the red door was open. It is a true tale of committed Christians from two continents in an unexpected higher education partnership that reshaped many callings, including my own. The book's lessons abound for educators in every country as we internationalize faith-based higher education and engage the surprises of other regions. Profoundly, this tome urges Christians to walk through global doorways when open and, before the face of God, to foster worldwide strategies for Christian higher education."

"This astounding tale of Russia's sudden openness to Christian higher education, John and others' tireless work to build a Christian liberal arts college, and then the unrelenting pressure of those who sought to undermine this beacon of light provides an inspiring lesson in Christian creativity, perseverance, and integrity in the midst of struggles. For those wanting to learn about Christian culture making and innovation in action, this book provides a fantastic example."

"This book recounts an amazing opportunity: an invitation from Russian reformers at the end of the Cold War to found a Christian liberal arts university in Moscow. John Bernbaum was at the center of that adventure, and in Opening the Red Door he shows, in frank and colorful prose, what made this enterprise possible and what brought it down in the end. Christian higher education today is a global endeavor, but it is not just about growth and success. It is a risky business, and we can learn much from our struggles and failures. I commend this highly instructive account to all who engage in Christian higher education."

"Many people write about history, but few actually live through and play a part in shaping those historically significant events. John Bernbaum is one of those few. After the fall of communism, the former Soviet Union experienced a social, economic, spiritual, and educational vacuum never seen before in modern times. Into that vacuum God sent John Bernbaum, his family, and his team to provide not just a solid educational model, not just a Western-style institution of higher education, but the very hope and truth found in Christ alone. This is not just a story about a university; this is a story about a universe in which biblically epic faith and tenacity changed a nation and continues to have a ripple effect through the former Soviet world today. This is a well-written book about a remarkable and seismic shift in history."

"As John Bernbaum's longtime colleague, who watched the unfolding development of the Russian-American Christian University in Moscow, I am thrilled to see this new book capture the story of God's work in the arena of higher education through decades of visionary leadership, collaboration, and dogged hard work. At a pivotal time in world history, Christian higher education stepped up to the plate and into the fray during the demise of the Soviet Union with the goal of providing student exchange programs and establishing a Christian liberal arts institution in Russia—despite facing numerous trials and roadblocks that offer leadership lessons in and of themselves. While we often think of nineteenth-century spiritual giants who poured their lives into bringing the Gospel to certain countries or people groups, this book tells of a contemporary "hero" who brought a dream to fruition, benefitting hundreds and thousands of people on the journey that he shares in these pages. Phillip Yancey's foreword affirms that this book reads "like a spy novel," yet the narrative that unfolds is true and worthy of capturing along with other "stones of remembrance" as we share the journey of faithful proactive response to God's call on our lives."

1. The Red Door Slowly Opens
2. The Russians Are Coming! The Russians Are Coming!
3. Entering the Soviet Heartland
4. Getting Started
5. Surviving the Coup
6. Meeting with Gorbachev and the KGB
7. Reading Russia Right
8. Seizing the Initiative
9. Laying the Foundation in Russia
10. Learning Together and Telling the Truth
11. A New Way to Educate
12. Russia's Generation Nyet
13. Assembling RACU's Building Blocks
14. Birthing in Chaos: The First Five Years
15. Stability Bears Fruit
16. Terrorism, Economic Collapse, and Growing Opposition
17. The Struggle for Survival
18. Changing Course
19. Lessons and Legacies

Restoring the Soul of the University

Engaging the Culture, Changing the World

ABOUT John A. Bernbaum 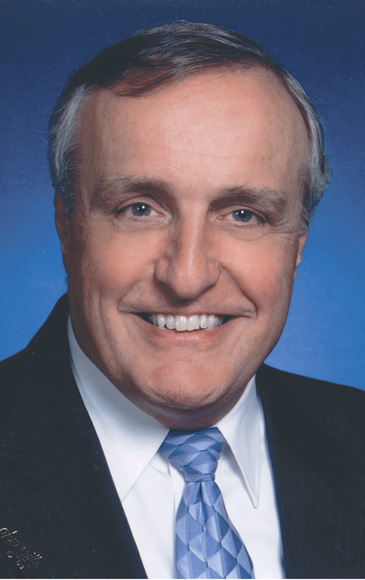 John A. Bernbaum (PhD, University of Maryland) worked for the U.S. Department of State from 1972 to 1976 and then spent nearly two decades with the Council for Christian Colleges & Universities in Washington, DC, where he founded and directed the American Studies Program, served as CCCU executive vice president, and developed the Russian Studies Program. He also served as president and CEO of the Russian-American Christian University (RACU) in Moscow, from 1996 to 2011. He is the author of Why Work? and Perspectives on Peacemaking.

Bernbaum is also president and CEO of BEAM, Inc., where he searches for ministry partners in the post-Communist world who are committed to raising the next generation of young Christian leaders, creates networks between them, and recommends grants to BEAM's board of trustees. He lives in Rockville, Maryland.