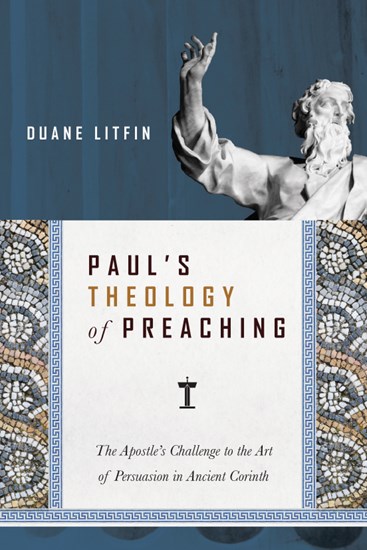 The Apostle's Challenge to the Art of Persuasion in Ancient Corinth

"We preach Christ crucified: a stumbling block to Jews and foolishness to Gentiles, but to those whom God has called, both Jews and Greeks, Christ the power of God and the wisdom of God."

When Paul preached about the crucified and risen Jesus Christ to the church at Corinth and elsewhere, did he follow the well-established rhetorical strategy of his day or did he pursue a different path? And what does that mean for the preaching of the church today?

Through a detailed analysis of 1 Corinthians 1-4, Duane Litfin explores the rhetorical context of Paul's preaching and his own understanding of his task as a preacher. What is revealed in this investigation is a sharp distinction between Greco-Roman rhetorical strategies, which sought to persuade, and Paul's theology of preaching, which was based on the model of an obedient herald.

This revised and expanded version of Litfin's previous St. Paul's Theology of Proclamation will provide insight to those engaged in Pauline and New Testament studies, rhetorical theory, and Greco-Roman studies. Moreover, by offering a better understanding of Paul's method as well as the content of his declaration concerning "the power and wisdom of God" revealed in Jesus, this book will help preachers as they undertake the ongoing task to "preach Christ crucified."

"Compelling. Insightful. Timely. A landmark book. Writing for theologians, pastors and students, Dr. Litfin harvests the fruit from more than forty years of focused study, showing the difference between the results-oriented persuader and the faithful herald. In a world where the biblical preacher has too often been replaced by the shrewd marketer, the magnetic entertainer and the 'change-the-world campaign strategist,' this book is desperately needed."

"Paul's disavowal of the use of rhetoric in 1 Corinthians 1:17-21 has perplexed interpreters and spurred considerable debate in recent years. Duane Litfin examines this passage in the context of Greco-Roman rhetorical practice and generates a very convincing thesis. He argues that in his evangelism Paul rejects using rhetorical techniques to persuade his listeners of the truth of the gospel because he does not want their faith to be based on his creative arguments. Rather, he proclaims the gospel, allowing the Holy Spirit to generate faith in the hearts of those who are open to belief. The Holy Spirit, not persuasive arguments, provides a firm ground for faith. Litfin's carefully nuanced study of 1 Corinthians 1–4 in its first-century context provides not only the most plausible interpretation of Paul's disavowal of rhetorical usage to date, but also a model for preaching that is aware of the call and commission of the human herald and the Holy Spirit's role in opening the heart of the hearer to the proclamation of the gospel."

"Culminating an illustrious career as a pastor, professor and college president, Dr. Duane Litfin delivers his magnum opus in Paul's Theology of Preaching. This is ecclesial theology at its finest: scholarly yet not arcane, theological yet not obscure, relevant yet not cookie-cutter. This isn't simply an excellent book on Paul's theology of preaching; it's a prophetic call to a radically God-centered approach to Christian ministry."

"Duane Litfin has identified in Paul and 1 Corinthians 1–4 the kind of rhetoric that I can wholeheartedly endorse. This is not a rhetoric of persuasion that is cozying up to those in Corinth, but Paul is demonstrating a rhetoric of proclamation that relies upon the Holy Spirit for response. This book provides an important introduction to preaching and rhetoric that makes crystal clear that Paul was doing something very different from the rhetoricians around him. Litfin also provides numerous important practical implications and observations. I think that both scholars and pastors will benefit greatly from reading this book."

"This book does something too little seen in biblical studies today: it brings together deep learning and contemporary pastoral wisdom. A fresh look at Paul's theology of preaching and what it means for our proclamation of the gospel today."

"In this wise—and provocative—study of Paul, Duane Litfin demonstrates that the apostle's intended meaning has often been seriously obscured by seeing him as engaged in various 'rhetorical ploys.' Making his case with a thorough grasp of ancient rhetoric, as well as with a profound commitment to the church's call to proclaim the gospel with clarity, Litfin exposes the confusion in the kind of preaching that aims at 'results' rather than being founded in an uncompromising desire to be obedient to the biblical text."

"In Paul's Theology of Preaching, Duane Litfin sets forth the Greco-Roman context of ancient Corinth, where the citizens of the city regarded themselves as 'connoisseurs of eloquence.' . . . It was a context where the Apostle Paul's preaching simply did not measure up—and came under withering criticism from some in the Corinthian church. The apostle's resulting defense set it down once and for all that those who preach the gospel are called to proclamation, not rhetorical persuasion. As such, it provides a needed corrective to preachers who uncritically assume that their calling is to persuade their hearers of the gospel. This important, beautifully written book deserves careful reading and wide discussion in the church and the academy."

"Paul's Theology of Preaching by Duane Litfin is one of the most important works on the subject of preaching I have read in some time. . . .This book will challenge much of what is being promoted in regards to models of preaching and ministry in evangelical circles."

"This is a stimulating and challenging book operating at two levels. On the one hand, Liftin provides an academic introduction to Greco-Roman rhetoric as a background for reading 1 Corinthians 1-4 in a proper cultural context. But at another level, Liftin wants to challenge the churches to be faithful to God in their preaching of the Gospel. His call is to reject the sin of the Corinthians who used their culture to judge the success of the Gospel."

"In this substantial volume, Litfin analyzes 1 Corinthians 1–4 to understand Paul's own understanding of the work of the preacher. . . . Litfin calls us back to reconsider what Paul says about our call to preach."

"Litfin's writing shows his heart for helping pastors understand Paul's distinctive preaching. This book will help pastors model a biblical approach—driven by obedience to faithful proclamation of the gospel rather than one's ability to persuade or achieve results."

"Litfin’s argument is comprehensive and convincing. For any pastor or student seeking to develop their theology of preaching, and theology of ministry in general, Litfin’s work is requisite reading."

"Litfin's work is an important contribution both to an understanding of 1 Corinthians 1-4 and to Christian preaching and is thankfully one that can be put to use both by academic theologians and Christian practitioners alike."

The Glory of Preaching 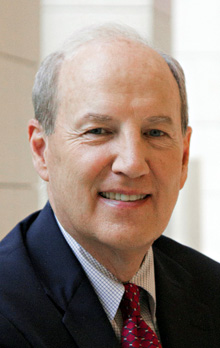 Duane Litfin (DPhil, Oxford University; PhD, Purdue University) is president emeritus of Wheaton College where he served for seventeen years. He previously served as senior pastor of First Evangelical Church in Memphis, Tennessee, and as an associate professor at Dallas Theological Seminary. He also taught at Purdue University and Indiana University. He is the author of numerous articles and books, including most recently Conceiving the Christian College and Word vs. Deed: Resetting the Scales to a Biblical Balance. He and his wife, Sherri, have three married children and nine grandchildren.