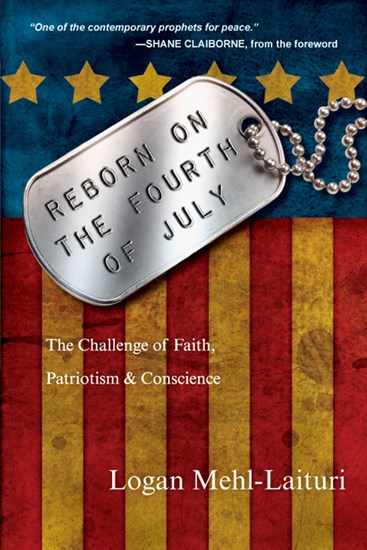 Reborn on the Fourth of July

The Challenge of Faith, Patriotism Conscience

For decades now, the United States has proudly claimed the mantle of "the world's only superpower" based on military might and the scope of military interventions throughout the world. As a result, whole generations are growing up with the understanding that war is the norm, that perpetual conflict is a way of life. But is it the way of Christ?

Logan Mehl-Laituri grew up in a community that celebrated military service. His faith reinforced his love of country and his sense that that love was best expressed by fighting its battles. Then he went to war, and then he was born again.

In Reborn on the Fourth of July you'll learn through Logan's story the real cost of war to military personnel, the real challenges to Christians that are raised by military service on and even off the battlefield, and the real questions that each of us must wrestle with as we hold in tension our love of country with God's love for the world.

"If we want to truly 'support our veterans,' we can't put them on a pedestal where they have to pretend all is well, nor can we look at them with suspicion born of political disapproval, nor can we push them aside and consign the reality of war to secrecy. Instead, we must listen to veterans, making room for them to speak freely and let us know what war was like for them and how it has marked them. If you don't have experience with that kind of listening, reading this book with an open heart is a great way to start. Logan Mehl-Laituri opens his heart in these pages and helps us better understand not only the veteran experience, but the American experience—and the Christian experience too."

"In Reborn on the Fourth of JulyLogan Mehl-Laituri opens his soul and invites us to journey with him as he struggles at the intersection of faith, patriotism and conscience. Logan articulates how God laid claim to his life as he wrestled in the dark valley of moral ambiguity, the dialogue of contrary forces tugging for control of his life. He is a person of courage, of heroic valor, who sees his duty and does it; he is a child of God, since he was reborn on the fourth of July."

"Logan Mehl-Laituri's Reborn on the Fourth of July provides military readers with deep insights into the mind and motivations of a genuine conscientious objector. Sergeant Mehl-Laituri is not a coward, and he deeply respects his fellow soldiers. His story—which he shares in this book with candor and conviction—challenges all of us to reflect upon what it means to serve both God and country."

"Logan Mehl-Laituri, a natural and compelling storyteller, guides us into acute empathy for victims of war, including the combat soldiers themselves. His honesty about the role he played as a soldier in Iraq helps release us from false valorization of warfare. How can Christians challenge the vast American indifference toward the consequences of war? Reborn on the Fourth of July tackles this question and welcomes people from all walks of life to explore putting an end to war."

Kathy Kelly, co-coordinator, Voices for Creative Nonviolence, and author of Other Lands Have Dreams

"Logan Mehl-Laituri is not one of those persons who would dare say, 'My country! May she always be right. But right or wrong—my country!' Instead, he challenges America to do what is right at a time when, to many, patriotism has become idolatry. He loves this country, and that's why he challenges its tendencies toward nationalism."

"Following your conscience while in the military can put you at odds with its own 'institutional conscience' and with specific missions and wars overseen by civilian politicians. Logan Mehl-Laituri's journey from combat soldier to conscientious objector to seminary student is a powerful story of recognizing one's conscience and then following it to the remarkable places of witness in our world."

"This is an unsettling book (in all the right ways), written by a pioneer for peace who knows what conflict is like 'on the ground.' Music is woven into the story, but the profounder music is that of Christ's shalom."

"Logan Mehl-Laituri's testimony is a stark reminder of the moral cost of war. Every Christian who puts a 'Pray for Our Troops' sticker on their bumper should listen closely to these confessions of a soul who's struggled to love God and country. At the same time, anyone committed to Christian nonviolence should reckon with this story of a soldier who sought to practice love of enemy. Logan is asking for the church to see its veterans. I pray we'll listen."

"Logan Mehl-Laituri is one of the contemporary prophets for peace, decrying the evils of war and declaring the nonviolent love of Jesus."

Shane Claiborne, from the foreword

"With both truth and grace, Logan Mehl-Laituri—an Iraq combat veteran turned conscientious objector—explains in Reborn on the Fourth of July how the glorification of military service does not live up to the reality of war. A compelling read for churches and Christians struggling with questions of faith, patriotism, and violence."

"Mehl-Laituri seamlessly weaves church history and facts . . . into the narrative. With a well-crafted story and a compelling narrative, this book is well worth reading and rereading."

Foreword by Shane Claiborne
A Note to the Reader
Introduction

Movement Two
The Good Fight of Faith?
Foreshadowing the Shadows
The Seeds of Discipleship
Pride and the Wrong Side
Iron Sharpening Iron
What Is It All About?
Learning a New Bad Word
Epiphany

Movement Three
Conscientious Objection, or Something Else?
Serious Charges
Love and War

Movement Four
The Good Fight
Chaplaincy, for Better or Worse
On Guard
Baptism and Rebirth
Coming to the Wire
Reporting for Duty
Lost in Paradise

★ Reborn on the Fourth of July has received a starred review in the highly-respected book industry magazine Publishers Weekly. Read the full starred review here.

Living Gently in a Violent World 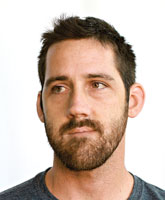 Logan M. Isaac is an Iraq veteran writing the wake of war as an author, advocate, and academic. As the founder and executive officer of Centurions Guild, he provides training in congregational development for ministers engaged in ministry with soldiers and veterans, and he is the author of Reborn on the Fourth of July.