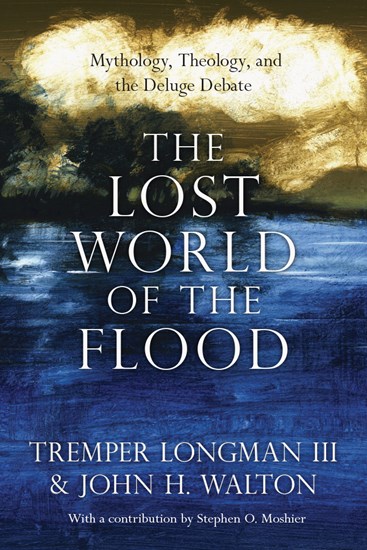 The Lost World of the Flood

Mythology, Theology, and the Deluge Debate

"The flood continued forty days on the earth; and the waters increased, and bore up the ark, and it rose high above the earth . . . and the ark floated on the face of the waters" (Gen 6:17-18 NRSV).

In modern times the Genesis flood account has been probed and analyzed for answers to scientific, apologetic, and historical questions. It is a text that has called forth "flood geology," fueled searches for remnants of the ark on Mount Ararat, and inspired a full-size replica of Noah's ark in a theme park. Some claim that the very veracity of Scripture hinges on a particular reading of the flood narrative. But do we understand what we are reading?

Longman and Walton urge us to ask what the biblical author might have been saying to his ancient audience. Our quest to rediscover the biblical flood requires that we set aside our own cultural and interpretive assumptions and visit the distant world of the ancient Near East. Responsible interpretation calls for the patient examination of the text within its ancient context of language, literature, and thought. And as we return from that lost world to our own, we will need to ask whether geological science supports the notion of flood geology.

To read Longman and Walton is to put our feet on firmer interpretive ground. Without attempting to answer all of our questions, they lift the fog of modernity and allow the sunlight to reveal the true contours of the text. As with other books in the Lost World series, The Lost World of the Flood is an informative and enlightening journey toward a more responsible reading of a timeless biblical narrative.

The books in the Lost World Series follow the pattern set by Bible scholar John H. Walton, bringing a fresh, close reading of the Hebrew text and knowledge of ancient Near Eastern literature to an accessible discussion of the biblical topic at hand using a series of logic-based propositions.

"The Lost World of the Flood lays before serious Bible readers a consistent examination of the text itself, an honesty about hyperbole in the flood narrative, a splendid locating and explaining of the flood story in the context of the ancient Near East, a profound grasp of the theological value of the text, and a noble example of how to read the Bible as the Word of God. A brave and sound accomplishment."

"A 'plain sense' reading of the biblical flood account has been under siege since the inception of 'flood geology' nearly a century ago. In an effort to uphold the truth of Scripture, many well-intentioned Christians have instead ravaged both the biblical text and the field of geology. In The Lost World of the Flood, Longman and Walton make great strides in retrieving biblical authority from interpretations of Genesis 6 through 9 founded upon poor exegesis and equally poor science. With a firm but gentle hand the authors lead their readers into the world of ancient Israel, offering an interpretation of the biblical flood narrative that honors the authority of Scripture and respects the scientific consensus on geological matters."

"Two scholars of the ancient Near East and the Bible join a geologist to address a vexing question from Genesis: what was the nature and extent of the biblical flood? With clarity and logic, they present a position counter to traditional evangelical 'orthodoxy' but which, if seeking to be rebutted, will need to be addressed with equal clarity and logic."

"The authors have provided yet another excellent Lost World volume for readers who seek a deep-dive into this controversial topic in order to strengthen their faith. This volume will be a great help to all who exemplify faith seeking understanding."

"John Walton, the Indiana Jones of biblical Lost Worlds, has done it again! After maneuvering through the thickets and surveying the topography of the Ancient Near Eastern cultural landscape of the Lost Worlds of Genesis 1, Scripture, and Adam and Eve, Walton maps the terrain of the Lost World of the flood. On this journey Walton is accompanied by Old Testament scholar Tremper Longman and geologist Steve Moshier. As in earlier ventures into Lost Worlds, Walton and Longman, bolstered by an evangelical high view of Scripture, set forth their findings in a series of propositions. In their interpretations of the Genesis flood narrative as well as the narratives of the sons of God and the tower of Babel, they apply insights from the Ancient Near Eastern cultural context, which, they maintain, was common to both Israel and its neighbors. They conclude that the overarching theme of non-order, order, and disorder in relation to the divine presence is at the heart of the narratives. In essence, these familiar stories were rooted in actual, historical events, such as a significant local flood, but described in figurative language entailing hyperbole to make significant theological points about God's presence. The authors insist that the narratives were not intended to provide information with which to reconstruct the historical events themselves. In support of that contention, Moshier provides a geological critique of flood geology, the view that Genesis teaches a yearlong, worldwide flood that deposited most of Earth's fossiliferous strata. The Lost World of the Flood is a must-read for all fans of the Lost World books, especially those who are trying to understand Genesis 1–11 in the context of modern science. This book is a treasury of creative, thought-provoking proposals and insights, and is a pleasure to read."

"In The Lost World of the Flood, John Walton and Tremper Longman III continue Walton's earlier work in his Lost World series, in this case connecting the flood and Babel narratives of Genesis chapters 6–11 to the earlier chapters, Abraham, and even events and sermons recorded in the New Testament. Walton and Longman examine the Mesopotamian geographic and cultural context for the pre-Abrahamic Genesis narrative. They demonstrate that the deliberate employment of selected historical vignettes in the early chapters of Genesis is rhetorically shaped. Significantly, Walton and Longman establish the role that hyperbolic language plays in the Genesis appropriation of its cultural backdrop. By so doing, they explain why the flood of Noah must refer to a significant regional event, not a planetary-scale cataclysm. They press a strong claim that those who attempt to ignore the original revelatory clientele are arrogating authority to themselves. If they are correct, then many assertions by those proposing a global tsunami-like flood are overconfident at best and misleading at worst. Walton and Longman deserve a lot of praise for their insightful approach and therapeutic discussion of the Noah narrative."

"Many readers of the Bible are perplexed about how to understand the seemingly legendary stories in Genesis 1–11. In continuity with Walton's previous Lost World books, Longman and Walton—both of whom have written commentaries on Genesis—provide astute guidance for reading the flood narrative as part of the larger story of Genesis 1–11 and in the context of other ancient Near Eastern literature. Attentive to contemporary questions of science and history that many readers bring to the text, they zero in on the sort of literature the flood story is, helping us to better understand its theological claims, which are meant to impact human life both in ancient times and today."

Part III: Text: Understanding the Biblical Text Literarily and Theologically
Proposition 9: A Local Cataclysmic Flood Is Intentionally Described as a Global Flood for Rhetorical Purposes
Proposition 10: The Flood Account Is Part of a Sequence of Sin and Judgment Serving as Backstory for the Covenant
Proposition 11: The Theological History Is Focused on the Issue of Divine Presence, the Establishment of Order, and How Order Is Undermined
Proposition 12: The “Sons of God” Episode Is Not Only a Prelude to the Flood; It Is the Narrative Sequel to Cain and Abel
Proposition 13: The Tower of Babel (Genesis 11:1-9) Is an Appropriate Conclusion to the Primeval Narrative

How to Read Genesis

The IVP Atlas of Bible History 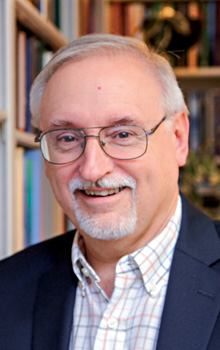 Walton's ministry experience includes church classes for all age groups, high school Bible studies, and adult Sunday school classes, as well as serving as a teacher for "The Bible in 90 Days." John and his wife, Kim, live in Wheaton, Illinois, and have three adult children. 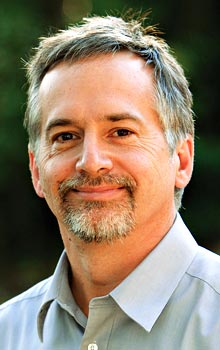 Tremper Longman III (PhD, Yale University) is Distinguished Scholar of Biblical Studies at Westmont College in Santa Barbara, California. He is also visiting professor of Old Testament at Seattle School of Theology and Psychology and adjunct of Old Testament at Fuller Theological Seminary. He lectures regularly at Regent College in Vancouver and the Canadian Theological Seminary in Calgary.

Longman is the author or coauthor of over twenty books, including How to Read Genesis, How to Read the Psalms, How to Read Proverbs, Literary Approaches to Biblical Interpretation, Old Testament Essentials, and coeditor of A Complete Literary Guide to the Bible. He and Dan Allender have coauthored Bold Love, Cry of the Soul, Intimate Allies, The Intimate Mystery, and the Intimate Marriage Bible studies.