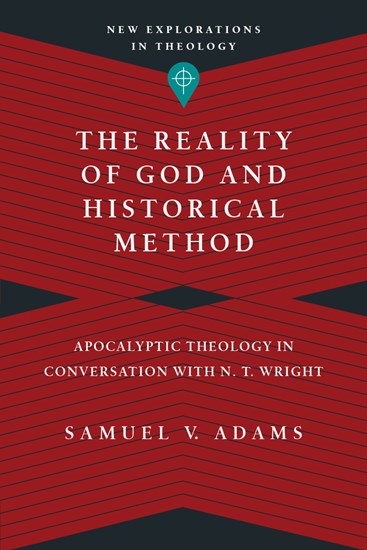 The Reality of God and Historical Method

After a flurry of heated debates in the mid-twentieth century over the relationship between faith and history, the dust seems to have settled. The parties have long since dispersed into their separate camps. The positions are entrenched and loyalties are staked out.

This first volume in the New Explorations in Theology is a deliberate attempt to kick up the dust again, but this time as a constructive development of what is now being called "apocalyptic theology." Samuel Adams argues that any historiography interested in contributing to theological knowledge must take into consideration, at a methodological level, the reality of God that has invaded history in Jesus Christ. He explores this idea in critical dialogue with the writings of New Testament historian and theologian N. T. Wright, whose work has significantly shaped the current conversation on this problem.

The Reality of God and Historical Method is a fresh, bold and interdisciplinary exploration of the question: How is it possible to say that a particular historical person is the reconciliation of the world?

"This book is a rare treat. New Testament scholars seldom have their basic underlying assumptions about truth, time and the nature of history subjected to careful scrutiny. Yet their assumptions about these notions profoundly shape everything they purport to describe in the name of 'history.' It is then a special opportunity to have Sam Adams's trained philosophical and theological mind probe the assumptions underlying the work of the most widely read New Testament scholar of our day, N. T. Wright. But the result is something rather more than mere learned description. In the hands of Adams's gentle but firm critique, we are led to a different interpretative place where those critical assumptions concerning truth, time and history are—at least arguably—aligned more accurately and fruitfully with the notion that ultimately informs all valid Christian scholarship: the disclosure of the nature of God in the person of Jesus Christ. Most New Testament scholars pay lip service to this central notion—to this truth above all truths—but do not really know what to do with it, and so tend to lapse back into shabby old historical habits with all their accompanying distortions and vulnerabilities. In graceful conversation with Wright, Adams shows both theologians and New Testament scholars exactly what to do with it."

"At the heart of N. T. Wright's massive and influential output there is a set of fundamental and contestable methodological claims about 'worldview,' critical realism and the relationship between theology and history. To date these claims have not been subjected to a thoroughgoing analysis and critique. Samuel Adams takes up that daunting and crucial task with great intelligence, maturity and grace in this timely, groundbreaking work on Wright's theological method. The result, however, goes beyond the engagement with Wright. In the end Adams makes his own constructive contribution to theology today by proposing an 'apocalyptic' understanding of the reality of God in history. Followers of Wright will be challenged by this book. Theologians will be reminded that the gospel is not a method, but the power of God in the word of the cross."

"What does it mean for theologians and biblical scholars to take seriously the singular apocalypse of Jesus Christ? This question lies at the heart of Samuel Adams's important volume. His wise, generous and learned response moves apocalyptic theology forward in unsettling and significant ways."

"N. T. Wright is widely recognized to be the most influential Christian thinker since C. S. Lewis and a leading biblical scholar recently wrote that 'he may well be the most widely read and influential New Testament scholar of all time'! Despite this, there has been limited engagement with his theological methodology and suppositions. This impressive monograph combines academic scholarship of a high order with penetrating theological insight to provide a level of critical engagement with Wright's approach that we have not yet witnessed. Adams draws on the immense strengths in Wright's program while offering critical yet constructive theological engagement of a kind that significantly advances the discussion of his work. As such it is an outstanding theological introduction to what Wright is seeking to accomplish that should also inspire and challenge biblical scholars and theologians to examine the interface between their work and the essential affirmations of the Christian faith. Not only should this book prove invaluable to academics and students alike, but its lucidity and eloquence should also make it accessible to a wider audience. Highly recommended!"

"After a flurry of heated debates in the mid-twentieth century over the relationship between faith and history, the dust seems to have settled. This first volume in the New Explorations in Theology series is a deliberate attempt to kick up the dust again, but this time as a constructive development of what is now being called 'apocalyptic theology.'"

"Adams is meticulous in his attention to detail and every point he attempts to makes is very closely argued. He leans upon the prominent theologians of the past, not blindly, but drinks discerningly from the fountains already in place. He turns to Thomas F. Torrance for some of the critical issues—a good choice in this reviewer's opinion—but not exclusively, as testified by the 678 footnotes that support his work. As expected, the bibliography is extensive, with most of the major theologians of the last ninety years included. An Author and Subject Index, and a Scripture Index complete an excellent tool for the serious reader."

Chapter 1. History and Theology According to the Historian: N. T. Wright?s Historical and Theological Method
The Historical Context
From Critique to Construct
Conclusion

Chapter 3. Apocalyptic, Continuity and Discontinuity: Soteriological Implications for a Theology of History
A Rupture in Understanding: A Properly Theological Hermeneutic is Apocalyptic
Apocalyptic and Soteriology: Beginning with the New Beginning
Conclusion

The Challenge of Jesus

Jesus, Paul and the People of God 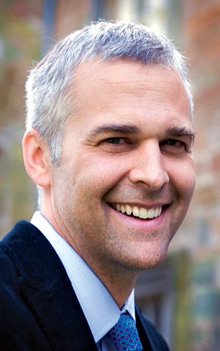 Samuel V. Adams (PhD, University of St Andrews) is director of graduate studies and assistant professor of theology and social justice at Kilns College in Bend, Oregon. He previously lectured at the University of St Andrews and was the founding pastor of Bend Mennonite Church. His research currently focuses on understanding theologies of history and their relationship to theories of social action.