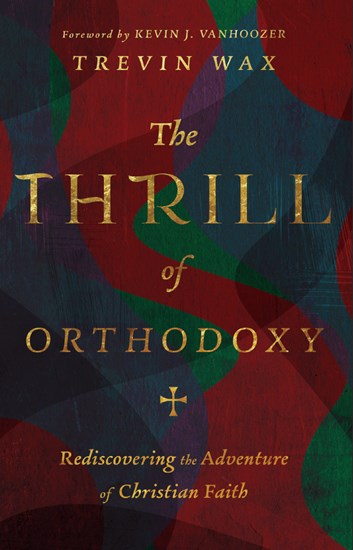 The Thrill of Orthodoxy

Rediscovering the Adventure of Christian Faith

Every generation faces the temptation to wander from orthodoxy—to seek out the jolt that comes with false teaching, and to drift with cultural currents. And so every generation must be awakened again to the thrill of orthodoxy, and experience the astonishment that comes from stumbling afresh upon the electrifying paradoxes at the heart of the Christian faith.

In The Thrill of Orthodoxy, Trevin Wax turns the tables on those who believe Christian teaching is narrow and outdated. Returning to the church's creeds, he explains what orthodoxy is and why we can have proper confidence in it, and lays out common ways we can stray from it. By showing how heresies are always actually narrower than orthodoxy—taking one aspect of the truth and wielding it as a weapon against others—Wax beckons us away from the broad road that ultimately proves bland and boring, and toward the straight and narrow path, where true adventure can be found.

"Trevin Wax shows that traditional orthodox Christianity might not be as glossy and glamorous as Christianity gone worldly, but it is ancient, majestic, global, and glorious. It is a tried and tested alternative to the faddish and fragmentary fakes that masquerade as Christianity in some places. Trevin is not pushing dry doctrine but passing on fresh fire that is thousands of years old."

"Trevin Wax shows that 'orthodox thrill' is not an oxymoron. He explains with clear metaphors why Christian doctrine is important: imagine 'a football field where no one measured the yards.' He proposes neither cultural retreat nor accommodation and shows why pitting 'love' against doctrine or deeds against creeds is folly. The Thrill of Orthodoxy is an excellent overview for all who want their churches to be both hospitals for sinners and schools for saints."

"What bursts forth when Chesterton, Lewis, Sayers, and Tozer all meet together in one place? Trevin Wax's masterpiece The Thrill of Orthodoxy! With wise enthusiasm, Wax shows the weary, world-worn, or simply disinterested pilgrim how right belief has laid a path through the darkness into bright adventure ahead. Conforming our souls to the holy proves the most wildly nonconformist and yet fulfilling thing we can do. Read here why 'adventure' starts with 'advent.' For indeed, as Wax reminds us, by trusting the true yet unplumbable mysteries of God, yonder breaks a new and glorious morn!"

"As the culture has become decadent, the church in the modern West has often followed suit, dull to the things of God and often worked up about pursuits that in the end are 'wood, hay or straw' (1 Cor. 3:12). Like the Corinthian church of old, we've become fleshly in our divisions and fixated on peripheral squabbles. If we're honest, we've become bored by the things 'of first importance' (1 Cor. 15:3)—we lose sight of the gospel and forget God. In The Thrill of Orthodoxy, Trevin Wax argues that the church faces her biggest challenge not when new errors start to win but when old truths fail to wow. With Chestertonian wit, joy, and incisiveness, he invites us into the great adventure of orthodoxy. If you're wavering in your faith or seeking a renewed wonder in the Christian life, then let Wax be your guide."

"The Thrill of Orthodoxy is an evangelical road map out of the greatest dangers facing the church today: the aimlessness of doctrinal deconstruction and the emptiness of religious fundamentalism, the despair of cultural retreat and the lure of political power, the impulse to detract from Christianity's gospel of grace, and the temptation to dismiss Christianity's moral claims. The foundations of the faith 'once for all delivered to the saints' are but a generation away from erosion among those who presuppose orthodoxy. Trevin beckons us back to the consuming wonder of discovering this treasure of truth."

"In a culture where most believe that truth is relative and words like orthodoxy evoke yawns and eye rolls, Trevin Wax gives a clarion call back to the historic Christian faith as taught in Scripture and summarized in the three ecumenical creeds. Trevin shows that it is actually Christian orthodoxy that is thrilling, not the individualized backwaters of relativistic heresy. This is a needed book for the new believer and mature Christian alike."

Matthew Y. Emerson, dean of theology, arts, and humanities at Oklahoma Baptist University and author of "He Descended to the Dead"

"The orthodox Christian faith is more than just a set of beliefs or a code of behavior. In this wonderful book, Trevin Wax calls us to pilgrimage and adventure, a journey toward that city with God-laid foundations, a place called home. A great gift to the church in the best tradition of G. K. Chesterton and C. S. Lewis!" 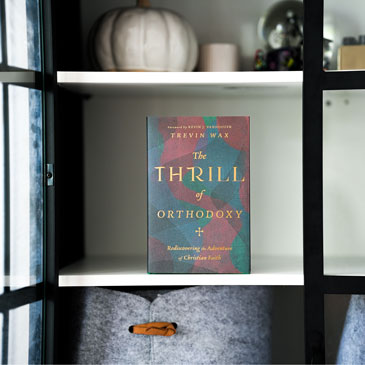 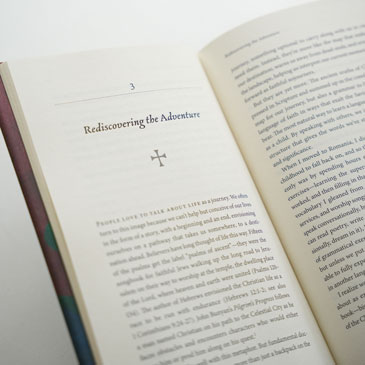 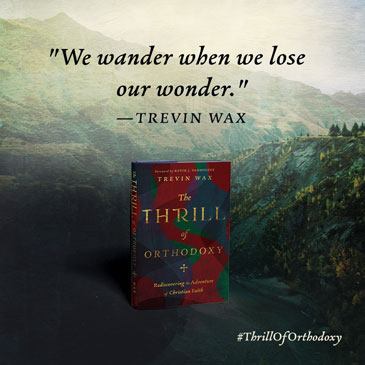 Foreword by Kevin J. Vanhoozer
1. This I Believe
2. Drifting from Orthodoxy
3. Rediscovering the Adventure
4. Why the Details Matter
5. The Narrowness of Heresy
6. Truth Taking On the World
7. Eternal Stakes, Epic Battle
8. The Exhilarating Vision
9. The Beating Heart
10. The Future of Orthodoxy 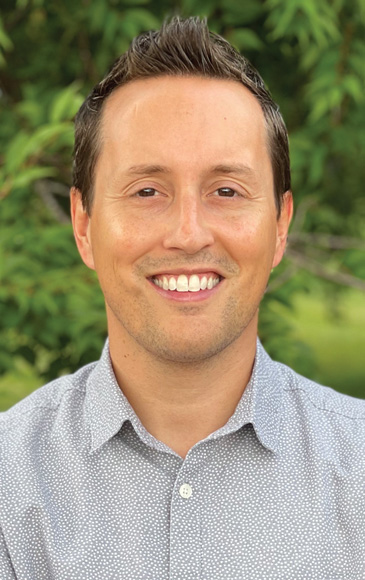 Trevin Wax (PhD, Southeastern Baptist Theological Seminary) is vice president of research and resource development at the North American Mission Board and a visiting professor of theology at Cedarville University. A former missionary to Romania, Trevin is a regular columnist at The Gospel Coalition, has served as general editor for The Gospel Project, and has taught courses on mission and ministry at Wheaton College. He is the author of several books, including The Multi-Directional Leader, Rethink Your Self, and Gospel Centered Teaching.