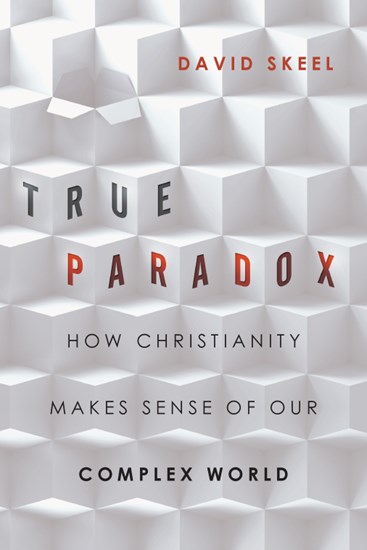 How Christianity Makes Sense of Our Complex World

How do we explain human consciousness? Where do we get our sense of beauty? Why do we recoil at suffering? Why do we have moral codes that none of us can meet? Why do we yearn for justice, yet seem incapable of establishing it?

Any philosophy or worldview must make sense of the world as we actually experience it. We need to explain how we can discern qualities such as beauty and evil and account for our practices of morality and law.

The complexity of the contemporary world is sometimes seen as an embarrassment for Christianity. But law professor David Skeel makes a fresh case for the plausibility and explanatory power of Christianity. The Christian faith offers plausible explanations for the central puzzles of our existence, such as our capacity for idea-making, our experience of beauty and suffering, and our inability to create a just social order. When compared with materialism or other sets of beliefs, Christianity provides a more comprehensive framework for understanding human life as we actually live it.

We need not deny the complexities of life as we experience it. But the paradoxes of our existence can lead us to the possibility that the existence of God could make sense of it all.

"Christianity, which is so simple that a child may understand and believe, is also filled with complexity. Those who have sung with Isaac Watts, 'When God the mighty maker died,' know that they live with much that cannot be explained simply. David Skeel's unusually thought-provoking book offers on one level a careful response to literature from the New Atheists. On a deeper level it explains why trying to understand the complexities of Christian faith may leave those who make the effort lost in wonder, love and praise."

"True Paradox is a truly great book. David Skeel, a brilliant Ivy League scholar who is one of America's most widely respected legal thinkers, illuminates what Christianity does—and does not—teach about beauty, tragedy, justice and eternal life. True Paradox should be read (along with the Bible) and discussed (with no questions off limits) by thinking people of all faiths and of no faith. I will be giving the book as a gift not only to fellow Catholic friends but to friends who are agnostics and atheists."

John J. DiIulio Jr., first director of the White House Office of Faith-Based Initiatives and Frederic Fox Leadership Professor of Politics, Religion, and Civil Society at the University of Pennsylvania

"David Skeel is widely respected for his scholarly writing that helps make sense of the laws governing bankruptcy and corporate finance in the United States. Now, stepping beyond his less well-known writing about law and religion, he has written a rich and challenging gem of a book about the meaning and majesty of Christianity in the twenty-first century. As he gracefully makes sense of difficult yet essential questions, you feel the power of his intellect and faith on every page."

"In his short book Mr. Skeel touches on a variety of eternal questions—from the mystery of human consciousness to the relationships between law and justice. He addresses the problem of evil in an especially compelling way—not by 'solving' it in some philosophical air-tight way, but by questioning its premise. . . . "True Paradox is written by a Christian in defense of Christianity, but most nonbelieving readers will not find it off-putting. Mr. Skeel expresses great respect for those with whom he disagrees—a good deal more respect, in fact, than some prominent materialists have accorded their believing interlocutors. Which may be precisely what this subject needs."

"Skeel's approach to apologetics is remarkably original and fresh. It promises to engage seekers who grow cold when they hear phrases like 'ontological argument' and defensive when discussion turns into debate. . . . If received in the right spirit True Paradox offers a complementary approach with the power to widen the witness of Christianity to those in search not of formulas and propositions, but a story to help explain their experience of being human."

"David Skeel is one of my favorite law professors for his writing on bankruptcy (and literature, for that matter) and one of the truly good guys in this business. . . . Rather than seeking directly to persuade the reader of the truth of Christianity, Skeel's apologia instead reads like a journey through Skeel's mind as he comes to try to explain (rather than justify) how he came to believe in Christianity. In this sense, Skeel's book has many of the hallmarks of classical Christian apologies such as C.S. Lewis's Surprised by Joy. . . . I found the book to be thoughtful, intelligent and wise."

"True Paradox treats perhaps the most important issue of our time—the contest for minds and hearts between traditional Christian faith and a secular, materialist worldview—and it does so with lucid and convincing arguments, remarkable grace and good humor, scrupulous fairness to its opponents, and wide and delightful erudition. David Skeel has placed his light on a lampstand."

"The complexity of the contemporary world is sometimes seen as an embarrassment for Christianity. But law professor David Skeel makes a fresh case for the plausibility and explanatory power of Christianity. The Christian faith offers solid explanations for the central puzzles of our existence, such as our capacity for idea making, our experience of beauty and suffering, and our inability to create a just social order."

Preface
Introduction: Arguing about Origins--Great Theater and a Grand Distraction
1. Ideas and Idea Making
2. Beauty and the Arts
3. Suffering and Sensation
4. The Justice Paradox
5. Life and Afterlife
Epilogue
Acknowledgments
Notes

Faith in the Shadows 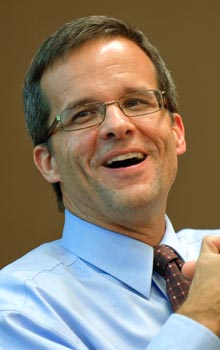 David Skeel (JD, University of Virginia) is the S. Samuel Arsht Professor of Corporate Law at the University of Pennsylvania Law School. He is the author of The New Financial Deal, Icarus in the Boardroom, and Debt’s Dominion. Skeel has received the Harvey Levin award three times for outstanding teaching, the Robert A. Gorman award for excellence in upper level course teaching, and the Lindback Award for distinguished teaching. He has been interviewed on The News Hour, Nightline, Hardball with Chris Matthews (MSNBC), National Public Radio, and Marketplace and has written for such publications as the New York Times, Wall Street Journal, Books & Culture, and the Weekly Standard. Skeel is a frequent speaker at Veritas Forums and is an elder at Tenth Presbyterian Church in Philadelphia. He blogs at trueparadoxblog.com.