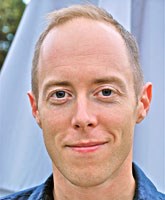 Tyler Wigg-Stevenson is the founder and director of the Two Futures Project, a movement of Christians for nuclear threat reduction and the global abolition of nuclear weapons. He also serves as chairman of the Global Task Force on Nuclear Weapons for the World Evangelical Alliance. Tyler began his involvement in nuclear policy over a decade ago under the late U.S. Senator Alan Cranston at the Global Security Institute, on whose board he still sits, and as study assistant to the Rev. Dr. John Stott. He is the author of Brand Jesus: Christianity in a Consumerist Age, a contributing editor at Sojourners magazine, politics columnist at Relevant Magazine, and a regular writer and speaker on matters of faith and public life. His work has been profiled by a variety of secular and Christian media, including the Washington Post, Christianity Today, CQ, WORLD, ABC World News, and PBS’s Religion & Ethics Newsweekly. Tyler has degrees from Swarthmore College and Yale Divinity School, and is an Anglican priest in the Diocese of Toronto, serving at Little Trinity Anglican Church. 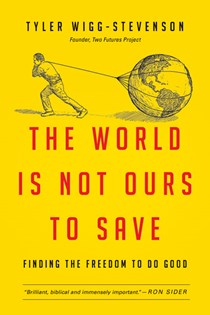 The World Is Not Ours to Save
Tyler Wigg-Stevenson
3657 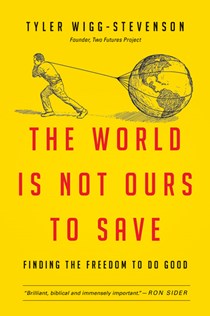 The World Is Not Ours to Save
Tyler Wigg-Stevenson
6452